Well. Thanks to VirginMedia, I'm back on-line after two weeks. Stellar service? More like collapsing galaxy. But I'm back now!

Life has been spectacularly unspectacular. My time has been divided between chasing a city council to be paid for work; finding batteries for the new instrument; and tending to my garden—a hitherto unknown and enjoyable form of exercise that does not require money. LOTS of weeds at the front, quite a few potatoes at the back... 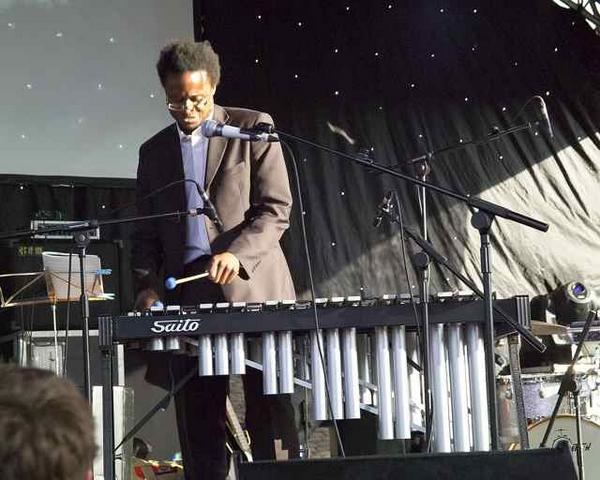 Speaking of the new instrument, can I report that I've settled down into it? With the batteries powering the motor for the vibrato, it makes using it outside even easier! I just need to shore up some pennies for different mallets now, to explore the range of sounds. But it's just fine with the mallets I have now. The Old Beast lies in a corner, dismantled; I glance across at it occasionally and remember... my wife, seeing my pain, decided to create a little zine to its memory. I probably will set it up again [as I have the space to put both vibes up side-by-side], and listen to it again, before it collapses.

Other than that, I'm still champing at the bit to hear the mixes for the trio CD; between cash flow and general life busyness, I've not had the time. But I'm still being pro-active and am trying to put together a tour [you see how excited I am about the group?] so if you'd like to see us near your way at the beginning of next year, let me know!