Born and based in Derby, Dr Corey Mwamba is a critically-acclaimed vibraphonist, as well as a researcher, live music promoter, and award-winning radio presenter. 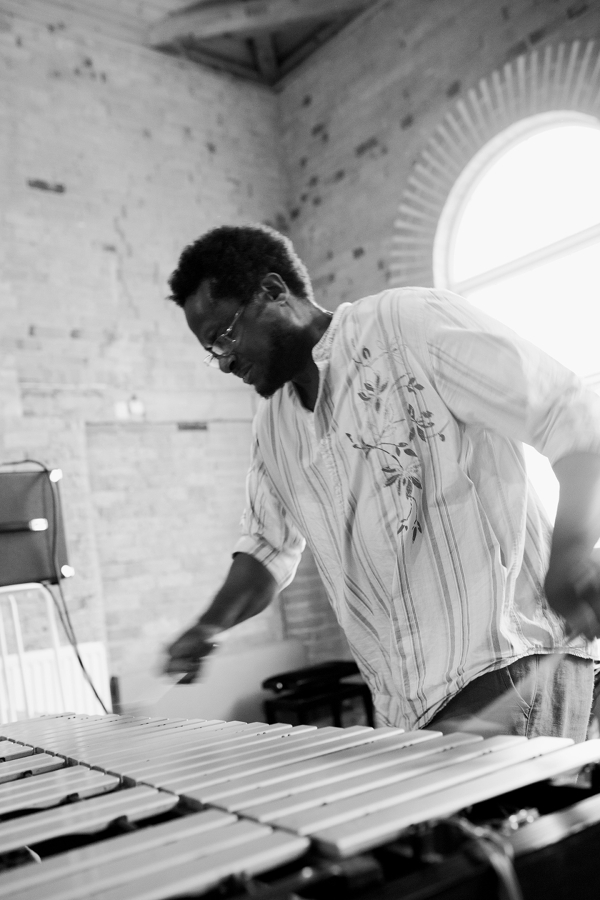 Born and based in Derby, Dr Corey Mwamba's commitment to jazz and improvised music in Britain and Ireland drives all aspects of his work, whether through making, presenting, promoting, or researching music.

You sort of feel that Mwamba could turn up in any situation and put things right or make something new for you, depending on need or wish.

Mwamba's main group is the critically acclaimed yana with Dave Kane (bass) and Joshua Blackmore (drums). This group exemplifies a core ideal of creating an "open, living music"; listening and responding spontaneously as a unit to make music that has love, language and a groove. Their first studio release don't overthink it was hailed as "engaging and evocative" (All About Jazz) and described as "the sound of three minds working together in a utopian zone, way beyond the individual ego - and producing something quite beautiful in the process" (Jazzwise). Their latest release on Two Rivers Records, described by Wire Magazine as "their strongest album to date" is baby/people. Dave and Corey were also in an improvising sextet called The Spirit Farm, formed out of research by pianist Adam Fairhall. Mwamba and Fairhall also formed a trio with drummer Johnny Hunter called Backyard Chassis.

Corey Mwamba ceased all live public performance on 23rd March 2019, as a protest against the experiences of racism and objectification in the British jazz+ scenes.

Duncan Heining, All About Jazz

Corey Mwamba is the current presenter of Freeness, a weekly show on BBC Radio 3. The programme plays adventurous jazz and improvised music from across the globe. Freeness was awarded the All Party Parliamentary Jazz Appreciation Group's "Jazz Media" Award in 2020.

Corey is also an adventurous programmer of new music in Derby, setting up One Note Sunday and The Family Album as well as programming Derby Jazz's improvised music stream called 2ndline. Currently Dr Mwamba is the lead administrator of Out Front!, an East Midlands-based new music promoting/producing organisation. Corey was the artistic director of Derby Jazz from 2016 to 2020.

An active advocate of the arts, Corey Mwamba strives to argue the case for its place in society. Corey petitioned for fair pay to artists during the London Olympics, and helped engineer a moratorium and review of arts funding cuts in Derby through debate with the city council; and has also worked with many regional arts organisations. Corey has held board positions for Derby Jazz, World Song Derby, Derby Cultural Diversity Arts Network, and Arts Council England (East Midlands); and is currently on the advisory board for Attenborough Arts Centre and is a trustee of the National Jazz Archive.

Mwamba was granted an AHRC studentship for a Master of Research degree in Music at Keele University, for which he was awarded a distinction in 2014. Through this research, Corey developed new dark art, which is a notational and theoretical music system that takes early European medieval music practice as a starting point to create modern music. Dr Mwamba was recently awarded a doctorate in Jazz Research at Birmingham City University, which was funded by a Midlands3Cities/AHRC studentship.

Corey is a visiting composition lecturer and supervisor at Royal Birmingham Conservatoire, and a visiting lecturer at Goldsmiths College, London.